To say the last couple of days have been emotional is an understatement…like most people Ive seen two black men killed on social media. My heart hurts knowing that one’s son witnessed the death of his father on Facebook along with the rest of the world and the other,  just four years old, was in the backseat as her father was shot and killed.

Like so many others, this hits so close to home bc I’m black, my husband is black and we are raising four black children. We have been so intentional about exposing our children to diversity and showing them that God created everyone with a purpose and in His image. Our home. Church. School. Places where our  children will see, interact with and form relationships with people who don’t necessarily look like them, which is a great thing.

But seeing these two murderers really brought back perspective that racism is alive and well-whether its systematic or casual. And although we are surrounded by and know some great people, we are still a black family. And with that comes the responsibility of not only teaching our children to love/respect everyone but also how to respond when and if that same love/respect isn’t reciprocated. Never do I want our children to be naive enough to think that bc of their character and hearts that their skin color will never be an issue. But I never want them to live feeling as if their skin color will always be an issue.

We teach our children to love who God created them to be no matter what-their skin color, hair texture, gifts, talents, interests, quirks and all. That will never change. But now more than ever we have to teach our children to not allow the disregard of others to harden their hearts…I’m praying for our country. My people. Black mothers and fathers. Other races who empathize and want to be better. The ones who hurt but don’t know what to do. Even those who believe the fault belongs soley to the victims.

I’m praying that no matter what my family, our children can see others through the eyes of God and see themselves as Image Bearers of Christ, no matter how they may be seen in return…. 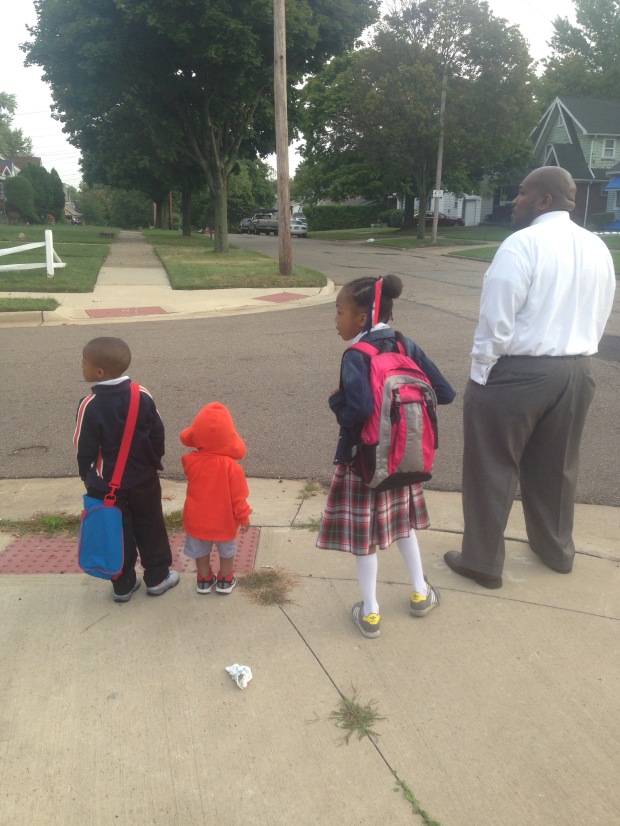 BY GRACE THROUGH FAITH

For She Is Called
Joy to the Soul

with Joy A. Williams

A walk in my shoes

From Relationships to Weightloss

My Blog
raisingthelionking.wordpress.com/
this is... The Neighborhood

the Story within the Story

A topnotch WordPress.com site on Personal Development: the diary of "April" from Paris, London, on work, play, and love

The Business of Motherhood

A World Within In A Forest

Hosanna in the highest